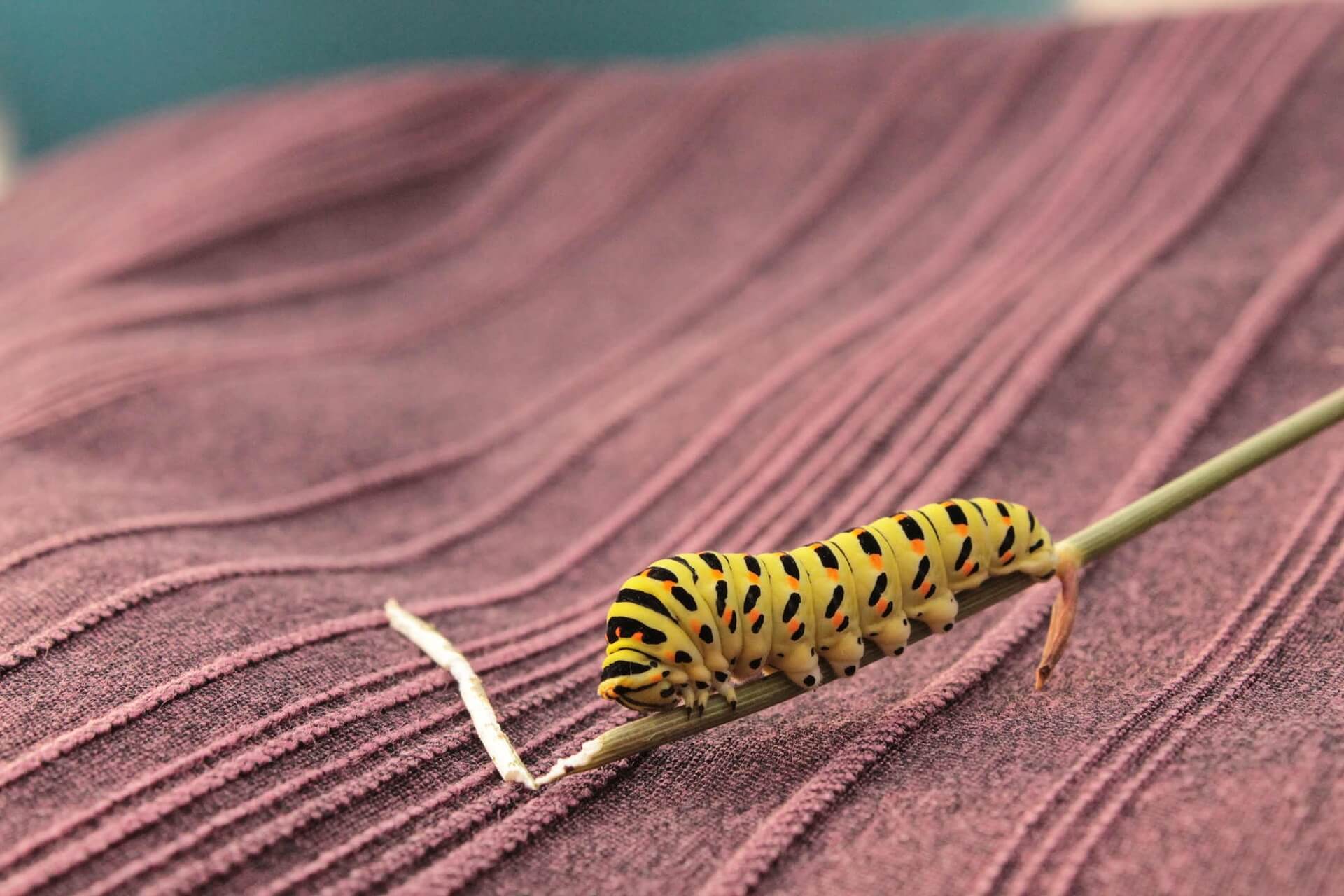 Swallowtails have been used as a tool for biological research in a number of different fields.

In the early 1940s, E.B. Ford carried out novel research using chemical analysis as a taxonomic tool . He found that pigments could be used to give insight into the phylogenetics of swallowtail butterflies. The presence of yellow anthoxanthins was believed to be a primitive character shared with certain Pieridae, supporting the hypothesis of a common evolutionary stem. The red pigments are of two types, A and B. Type A is found in all genera except Battus and Papilio, which have type B, not known anywhere else in the Lepidoptera. Type A is widely distributed in butterflies and moths and is taken to be the primitive red pigment of the Papilionidae.

Biochemical analysis has also proved to be central to our understanding of the foodplant relationships of the Papilionidae and other phytophagous insects. Chemical similarity of larval foodplants is a widespread phenomenon that frequently cuts across botanical affinities. Correlations have been found between feeding habits and a number of natural products, including alkaloids, coumarins, essential oils, glucosinolates, acetylenic fatty acids and phenolic glycosides. The role of these chemicals is to act as physiological barriers to feeding by animals, but they have been variously overcome by butterfly larvae in the course of evolution. Once an animal species has evolved the capacity to metabolize or sequester the poison, any plant that uses that particular chemical deterrent becomes a potential foodplant.

Feeny and his research team have drawn together the foodplant data for the Papilionidae and studied the ways in which the butterflies detect the correct plant. It is now known that host-plant recognition by swallowtails is the result of a complex series of tests, including visual searching, contact chemoreception and possibly olfaction of plant defence chemicals. It has been demonstrated that the families of the order Magnoliales (subclass Magnoliidae, including the Annonaceae, Lauraceae and Magnoliaceae) are linked with the Aristolochiaceae and Rutaceae by their content of benzylisoquinoline alkaloids. Hydroxycoumarins and furanocoumarins are likewise associated with larval foodplant families, particularly those used by Papilio. However, the most consistent chemical link of all is provided by the essential oils, which are reported from virtually all families of swallowtail food plants. Essential oils are volatile organic mixtures, usually containing terpenes and esters, that have the odour or flavour of the wide variety of plant families in which they are found. The structure of the oil-producing cells in the Rutaceae are similar to those in the Aristolochiaceae, the Piperaceae and the Magnoliales families mentioned above. Larvae that normally feed on either Rutaceae or Umbelliferae have been shown to be attracted to the essential oils of both families, explaining the numerous observations of atypical egg-laying behaviour.

Research in this field is continually giving rise to fresh challenges and insights that are applicable to a wide range of pure and applied biological sciences. In particular, there is a growing emphasis on the search for natural plant compounds with insect-repellent qualities. The hope is that they will be as effective as the man-made chemicals now generally used for plant protection, but less environmentally hazardous. A well-known example of a natural product already widely used to combat insects is pyrethrum, extracted from the plant Tanacetum cinerariifolium (Compositae).

Many species of swallowtails are polymorphic in the female, most notably the African Mocker Swallowtail, Papilio dardanus. C.A. Clarke and P.M. Sheppard of Liverpool University chose first this species and later the South East Asian P. memnon for their examination of the genetic basis of mimicry, a study that continued for 30 years and produced a result of unexpected and exceptional importance. The story is a complicated one, but will be explained fully in order to demonstrate the way in which a seemingly unrelated piece of research may finally have a great impact on human well-being.

The work began with the discovery that Papilio species could be hand-paired quite easily, by opening the male’s claspers with a fingernail and introducing the male to a female. Clarke and Sheppard then set about obtaining specimens of P. dardanus from many parts of Africa and specimens of P. memnon from the Far East. By controlled cross-breeding of the mimetic and non-mimetic forms in each species they found that the genetic coding for the mimetic form was not contained in a single gene. This is best explained with an example. Papilio memnon form achates is a mimic of Atrophaneura coon, while form agenor is non-mimetic. Breeding experiments showed that mimetic achates is dominant to agenor and the various features of the mimic all appear together. Such features include yellow body, presence of tails and a small white ‘window’ on the hindwing. Very rarely, however, the features were found to be split up and although, for example, tails were present and the wing window small, the body was black. This suggested that more than one gene locus was involved and that random crossing-over of the chromosomes may occasionally split up the several closely linked loci of what is now known to be a mimicry ‘supergene’. Furthermore, Clarke and Sheppard found that breeding of hybrids between races produced a great increase in phenotypic variability. This indicated that each race had interacting and co-adapted gene complexes which insured a low degree of variability in the phenotypic expression of the major genes. These interactions were markedly disturbed in the race hybrids.

As a result of studies on swallowtail races in which two forms are common but intermediates caused by genetic rearrangements are also occasionally found, the attention of the scientists was directed to the human Rhesus blood group system, where crossovers probably account for the rare genotypes and where there is a marked interaction between the Rhesus (Rh) and ABO systems. Here, as in the mimetic butterflies, the various Rhesus phenotypes are controlled by a series of closely linked genes in a supergene. The most important interaction is that ABO incompatibility between a mother and her baby often confers protection against Rhesus immunization of the mother.

Rhesus immunization is a problem caused by the movement of red blood cells from an Rh-positive baby into the blood system of its Rh-negative mother. This generally happens at or near to the time of delivery. The mother subsequently develops an immune response to Rh-positive blood cells and although the first child is safe, having already been born, subsequent children may suffer severe rejection problems in the womb. The baby may be killed before birth, or die shortly afterwards. Complete blood transfusion immediately after birth of the so-called “yellow baby” may save the child’s life.

Clearly the protection against Rh-immunization conferred by ABO incompatibility of mother and child is greatly to the advantage of second, third and later children The reason for this protection is not clear but Clarke suggested that any Rhesus- positive foetal cells which have crossed into the maternal circulation are destroyed by the mother’s naturally occurring anti-A or anti-B before they have had time to stimulate the production of anti-Rh antibodies. This protection against Rhesus immunization is highly desirable, but it only occurs in the 20 percent of cases in which the foetus is ABO incompatible with the mother. After a great deal of research it proved to be possible to imitate the protection by giving suitable antibodies to Rh-negative mothers in the 80 per cent of cases where mother and baby are compatible on the ABO systems. As a result, nearly all cases of maternal Rh immunization can now be prevented. The success of the research programme is due, in large part, to the usefulness of certain swallowtail butterflies for scientific study.

Transcribed, adapted and abbreviated, with permission, from Threatened Swallowtail Butterflies of the World: the IUCN Red Data Book by N.M. Collins & M.G. Morris. The full volume, with references, is available for downloading from the IUCN Library System.