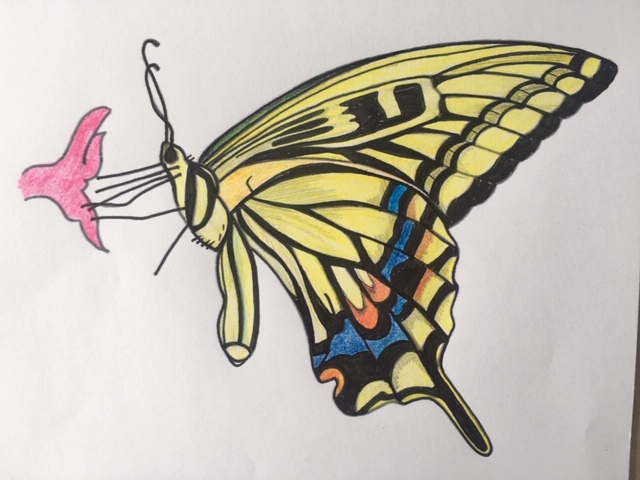 Often simply called the “swallowtails”, the butterfly family Papilionidae includes the largest, most spectacular and sadly, some of the most endangered butterflies on the planet.

There are over 560 species of swallowtails in the world, and even more are still being discovered. Although most of them live in hot and humid tropical areas, some can be found as far north as Alaska and Norway, and as far south as Chile and Tasmania.

There are many different groups in the swallowtail family, each with their own wonderful names like birdwings, dragontails, apollos, peacocks, festoons, gorgons and kites.

Found only in Mexico, the “Baronia” (Baronia brevicornis), is the most primitive living swallowtail. This “living fossil” is of great scientific interest.

Many swallowtails do have “tails” on their hindwings, possibly to distract their enemies away from their heads. The Black Swallowtail (Papilio polyxenes), from North and South America, is a good example. The birdwings, native to India, Australia and the mainland and islands of Southeast Asia, are some of the most spectacular species of butterfly in the world, much admired by the explorer Alfred Russel Wallace, a contemporary of Charles Darwin who came to the same conclusions as he did about natural selection.

The birdwings usually have no tails and are instead named for their exceptional size, angular wings, and birdlike flight.  The rare Richmond Birdwing (Ornithoptera richmondia) comes from Australia where local communities plant vines for them to feed on.

Many birdwings are threatened by loss of their foodplants and habitats. Queen Alexandra’s birdwing is one of the world’s rarest species, now found only in a few places in Papua New Guinea.

Research has shown that the populations of more than 60 species of swallowtails and birdwings across the globe are decreasing and under the threat of extinction if conservation measures are not implemented quickly. Many more species are too poorly known to be sure of their situation and desperately need further study.

Researchers in Jamaica are studying the huge but endangered Homerus swallowtail (Papilio homerus) in its remaining mountain forest habitats. Major factors in the decline of butterflies include the destruction of sensitive natural environments such as rainforests, alpine meadows and wetlands. The Apollo butterfly (Parnassius apollo) is protected in mountainous regions across Europe.

Deforestation, drainage and intensive agriculture are the main problems that butterflies face, but illegal commercial hunting of rare and internationally protected species is a threat too.

The Luzon Peacock swallowtail (Papilio chikae) from the Philippines has been threatened by collectors in its mountain habitats, but is now protected under the International Convention on Trade in Endangered Species (CITES).

Pollution and climate change are nowadays having impacts such as climate warming and sea-level rise whose consequences we are only just beginning to understand.

The British swallowtail (Papilio machaon britannicus) depends on reedbeds where its foodplant Milk-parsley grows. But salty water from rising sea-levels is threatening these habitats. Awareness of the problems that swallowtails face is increasing through the work of enthusiasts and campaigners around the world. The Swallowtail and Birdwing Butterfly Trust supports conservation programmes for many wonderful species, such as the Kinabalu Birdwing (Troides andromache) in Sabah, where local people have created a dance to mimic the butterfly’s flight.

World Swallowtail Day helps people of all ages and from all over the world to become more familiar with these amazing butterflies. By visiting them in their natural habitats, studying them in sustainably managed butterfly houses, botanical or zoological gardens, and learning more about them in the company of experts in universities, schools, museums and research centres, we are all able to contribute to a better future for swallowtails.