You are here: Home / Macleay’s Swallowtail 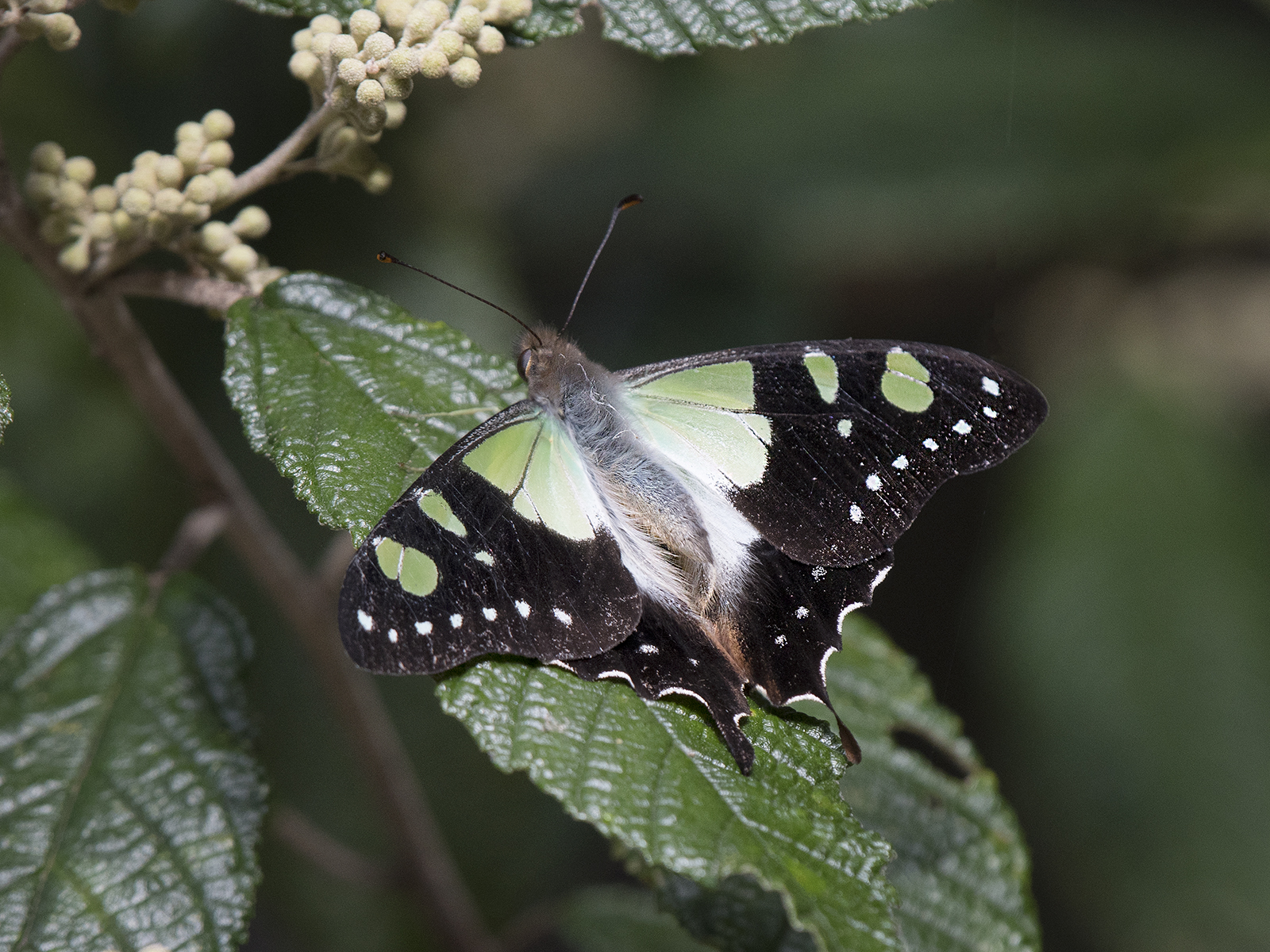 Macleay’s swallowtail, Graphium macleayanum (sometimes macleayanus) was first described by the renowned zoologist William Elford Leach in 1814.  The nominate subspecies is found along Australia’s eastern seaboard and is the continent’s most common papilionid.  G. m. moggana, described by Leonard Edgar Couchman as recently as 1965, is found in southeast Australia, including Tasmania (where it is the only species of swallowtail, but can be abundant, particularly in rainforest areas).
Graphium macleayanus moggana caterpillars feed on the leaves of southern sassafras Atherosperma moschatum and the adult butterflies nectar on flowers of a number of plants, including Olearia, Epacris, Leptospermum, Anopterus, Gaultheria, Cyathodes and Clematis, to name a few.
The butterflies can be found in a wide variety of habitats, including urban areas, forests, woodlands and heath, but in Tasmania are more commonly seen in rainforest and highland areas near Atherosperma moschatum habitat. The adults emerge from mid-November. Males seem to be more numerous than females and possibly emerge earlier.
The species has also been found on Lord Howe Island and Norfolk Island, but not since 1893.
Photograph by Elaine McDonald, Hobart, Tasmania.