You are here: Home / Homerus Swallowtail 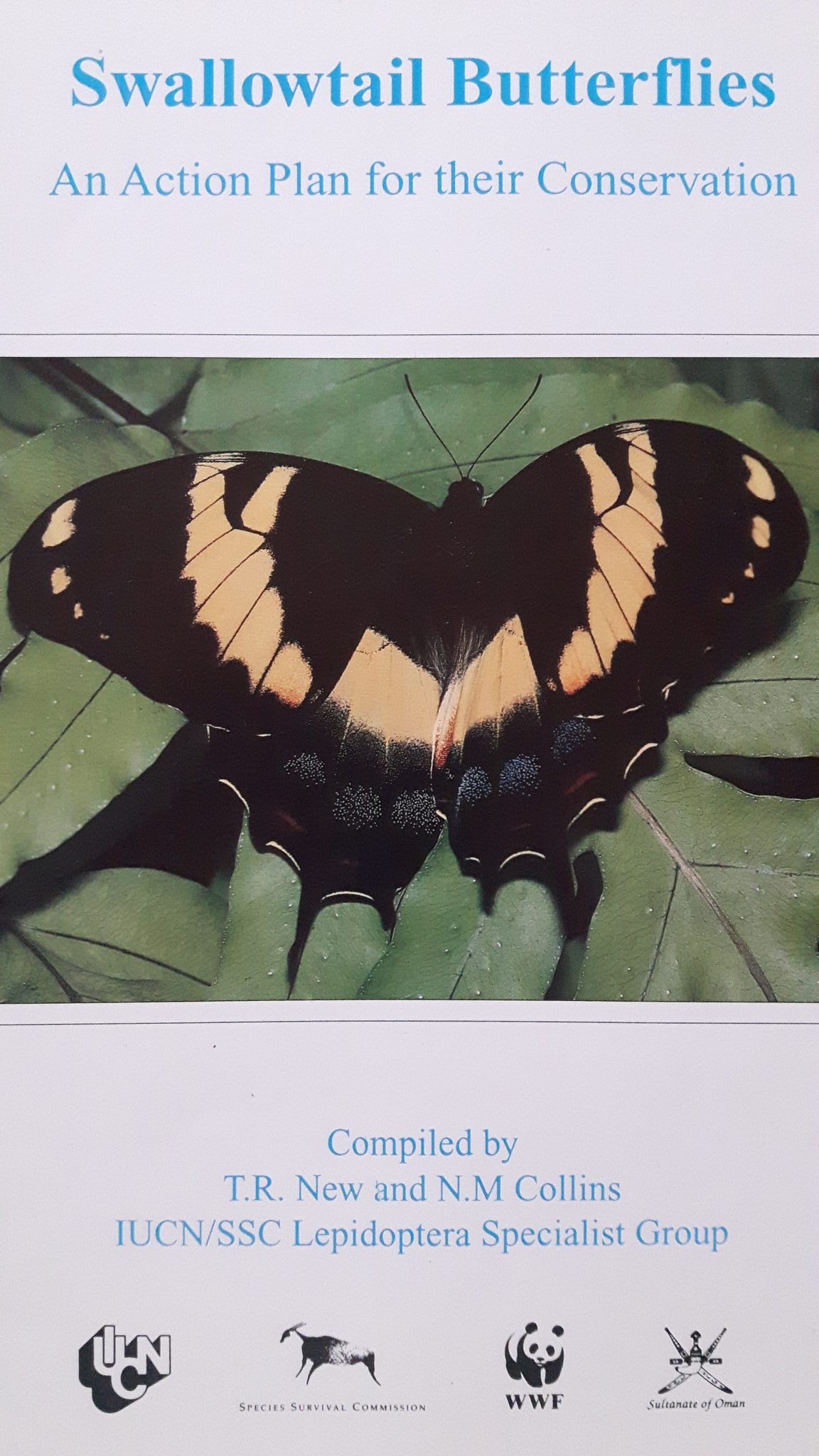 This review, dating from 1985, is in need of updating as there have been some important studies in recent years, notably by Garraway, Lehnert and indeed several others.

Papilio homerus, the Homerus Swallowtail or Jamaican Giant Swallowtail, is a superb butterfly, rivaling in size some of the birdwings (Troidini) of South East Asia. This and the fact that it is uncommon and restricted to the island of Jamaica have made it particularly prized by collectors. However, the main threat seems to be destruction of habitat. The once contiguous population is divided into two isolated pockets and conservation measures are urgently needed.

Papilio homerus is one of the largest species in the genus (comparable with Papilio antimachus) and the largest American swallowtail, with a forewing length of about 75 mm. It is easily recognizable by the large size and generally slow flight (8). The sexes are alike (1-6). The upper forewing is black or very dark brown with a broad yellow discal band extending across the wing, including a yellow bar across the cell, two subapical spots and two or three submarginal spots. The upper hindwing is broad, elongated, with a relatively long spatulate tail. The wing is black or dark brown with a broad yellow discal band, powdery blue postdiscal spots and brick-red submarginal lunules. The lower forewing and hindwing are similar to the upper surface with a dark brown ground colour. The hindwing has a much narrower yellow-brown discal band which is dusted with blue scales, and there are dark marks between the red and the blue spots (1-6). The eggs are spherical and light green in colour (8). The first three larval instars are essentially black and white; the last two instars are dark brown with extensive saddles of green and a pair of conspicuous lateral eyespots on the thorax (8). The pupa is shades of brown with eight small white, dorsal spots; the shape is blunt with only slight dorso-ventral flattening (8).

Papilio homerus is confined to the Caribbean island of Jamaica, where it has been recorded from 7 of the 13 parishes (1). It is now restricted to two strongholds, the eastern population in St Thomas and Portland (where the Blue Mountains meet the John Crow range) and the western population in the ‘Cockpit Country’ of Trelawny Parish (1, 4, 6). Each locality is only a few square kilometres of forest (8). A third population in central Jamaica probably became extinct around the turn of the century (8). There is no record on any other Caribbean island, despite suggestions to the contrary (2). The nearest relatives are apparently P. garamus and P. abderus in Mexico.

Papilio homerus is restricted to virgin forest on mountain slopes and in gullies at fairly low elevations (150-600 m, occasionally higher) (8). Flight is slow but powerful, and occurs throughout the day (0900-1800 hrs). The adults bask on high trees and bushes, visiting flowers daily, but only for short periods of time. Preferred nectar sources include species of Blechum, Bidens, Asclepias, Lantana, a malvaceous plant, and possibly a local Ipomoea (Morning Glory) (7). The larval foodplants are two endemic Hernandia species H. catalpaefolia (eastern population) and H. troyiana (western population) (7). Oviposition has also been observed on an endemic species of the Camphorwood tree (Ocotea sp.) in both locations (7). Thespesia populnea (Seaside Mahoe) has been recorded as a foodplant (4) but does not occur in the known distribution of the insect (7). It may have been confused with Hernandia which is locally known as Water Mahoe (7). Seasonality is not marked, but the adults fly during February to April, September and October (4). Little information is available on populations. P. homerus is said to be quite common in a few favoured localities, but the total population is certainly small. The population range is rapidly shrinking and the two populations are probably genetically isolated. Predation of larval instars by birds is high but the adult populations seem to be free of the marked fluctuations in numbers characteristic of some other Caribbean swallowtails.

Records for the past 20 years together with former and present collecting or confirmed visual records clearly establish that both populations are declining (8). The main reasons for this are the destruction and alteration of habitat, first for timber extraction and then for coffee gardens and pine plantations. The rate of habitat destruction in the east has slowed since 1952, but that population is still threatened and on the decline (7,8). The western population, although living in more mountainous country, is also suffering a reduction in range, and thorough surveys are needed. Collecting is difficult in such mountainous country, but commercial collecting by expatriates may be a minor threat since prices are high. The extent of collecting by Jamaicans is unknown.

There have been few conservation measures specifically for this species. A detailed survey of the distribution of the species and its ecological requirements is needed, in order that consideration may be given to conservation. Some form of habitat protection seems essential, probably in the form of a patrolled nature reserve or national park (8). The Natural Resources Conservation Department of Jamaica should take some responsibility for the protection of this beautiful butterfly, and should take steps to ensure the permanent protection of its breeding grounds. P. homerus is of great aesthetic value and a rational farming programme would help conservation efforts, and be an appealing commercial venture. The species has been reared with some difficulty in captivity (7) and further research is needed. Commercial farming would lessen pressure on wild populations, and funds should be made available to provide suitable facilities (7,8). Collecting of wild specimens should be limited to those used for scientific purposes; permits should be issued only by the Natural History Division of the Institute of Jamaica (8).

This page has been transcribed and edited, with permission, from Threatened Swallowtail Butterflies of the World: the IUCN Red Data Book by N.M. Collins & M.G. Morris. Whilst providing a sound baseline of information, it was published in 1985 and is in need of updating. The full volume, with references, may be downloaded from the IUCN Library System.