You are here: Home / What Are Swallowtails & Birdwings? / Biology 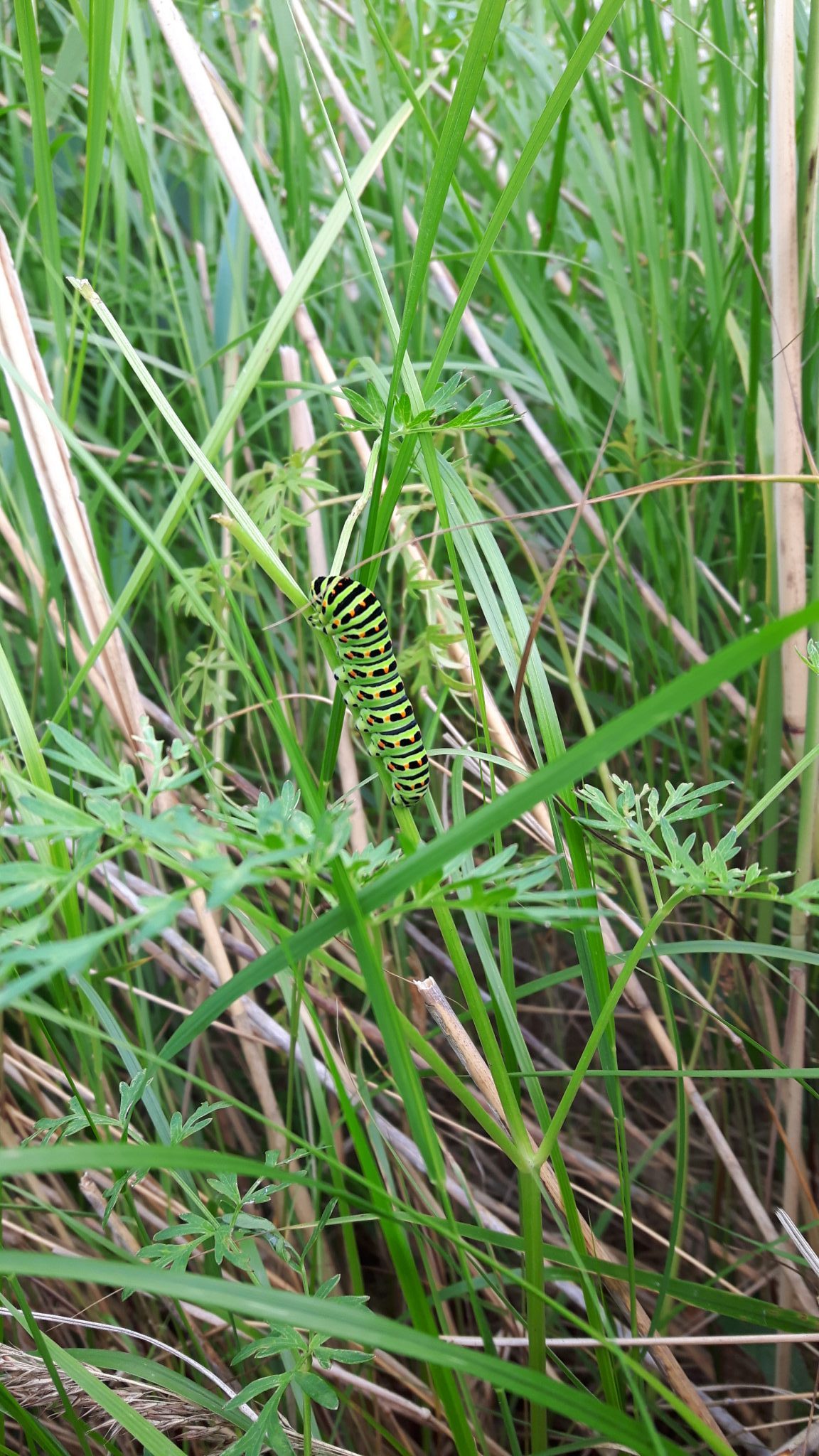 The adult butterfly is only the last of four distinct phases in the life cycle. The early stages comprise the egg, larva or caterpillar, and chrysalis or pupa. The process of development, or metamorphosis, takes several weeks unless the species over-winters in an immature phase. For example, Papilio machaon eggs hatch after about two weeks, the caterpillars feed for 30 days and may then pupate for as little as 14 days before emerging, or may remain as a pupa through the winter.

Adult Papilionidae may survive for up to four months, but 20-30 days is more usual. Predation and parasitism of butterflies are high at all stages of development and only a small proportion will survive to adulthood. The eggs of many species, from the primitive Baronia brevicornis of Mexico to the Troides and Ornithoptera of New Guinea, are heavily attacked by minute parasitic (or, more correctly, parasitoid, as they kill their host) chalcid wasps (Hymenoptera: Chalcidoidea). Studies on a range of butterflies, including the British race of Papilio machaon in the Norfolk Broads, have indicated high predation of the first two larval instars by arthropods, particularly spiders. Later instars may be too big to be taken by arthropods but suffer heavy mortality by birds. Pupae are severely predated by small mammals.

The eggs of swallowtails are spherical, lack any sculpturing and in the birdwings may be up to 4mm in diameter, the largest butterfly eggs of all. Most species can lay several hundred eggs, but predators usually prevent such a potential from being realized. The genus Ornithoptera is again unusual in generally laying no more than 30 eggs per brood. Eggs are usually laid on the caterpillar’s foodplant, often on the underside of leaves where they are inconspicuous and shaded. After hatching, caterpillars immediately begin feeding and growing, passing through five moults before the quiescent pupal stage.

The caterpillars of Papilionidae may have fleshy spines or tubercles but they are never hairy and always have a curious structure called an osmeterium. This is a forked scent gland which the larva can extrude through a slit in the thorax when it is disturbed or attacked. The gland secretes a powerful-smelling liquid which consists, in the species studied so far, of two aliphatic acids (isobutyric and 2-methyl butyric acids). When attacked, the larva tries to wipe the gland against its attacker, a procedure that is certainly successful against ants and may deter not only other predators, but also parasites. Mature caterpillars are green in Baronia and the Leptocircini, black spotted with red or yellow in the Parnassiinae and Troidini, and variable in the Papilionini. Some caterpillars, like those of Papilio polymnestor, present a curious ‘eyed’ appearance and may adopt a threat posture as a deterrent to would-be predators. Others, such as Papilio clytia, mimic the appearance of distasteful species in the caterpillar as well as the adult. Species that feed on Aristolochiaceae and other poisonous plants are all believed to store the poison and themselves become poisonous. This fact may be advertised in a gaudy range of patterns and hues that acts as a reminder to predators, particularly birds.

Many swallowtail larvae change their patterns between instars. Papilio machaon, for example, resembles a black bird dropping in its first two instars (see immediately above), but thereafter becomes conspicuous in a bright pattern of black, orange and green (top of the page). It is fairly commonplace for the final instar larva to leave the foodplant before pupating. For example, the caterpillar of Ornithoptera paradisea leaves its foodplant, Aristolochia, the Dutchman’s pipe vine, and pupates about 1 metre above the ground on shrubs and trees.

The pupae of Papilionidae are generally brown, sometimes green, with prominent keels or tubercles in the Troidini and a single dorsal protuberance in the Leptocircini. A characteristic of the Papilionidae is that the fully grown larva spins a silk tail pad and girdle prior to pupation. The chrysalis is thus suspended at an angle from its substrate, often resembling a broken twig. An exception is the genus Parnassius, whose caterpillar spins a fine silken web and pupates among leaves near the ground.

In the majority of swallowtails, the sexes are broadly similar in appearance. Nevertheless, there are many species that are sexually dimorphic, often, but not invariably, as a result of mimicry. The males and females of birdwings are very different but are not known to be mimetic except in the case of the female Ornithoptera croesus lydius. Females of other swallowtails are often slightly larger and less colourful than males, as in the birdwings, but again this is not always so. For example, the female Papilio antimachus is smaller than the male. Females are generally more retiring in their habits and in forests females often keep to the tree-tops while males congregate at drinking spots or fly rapidly along rides and streams. Males may be highly aggressive, jostling and fighting each other for a spot on a hilltop or defending their territory along a stretch of river.

In some species, such as Graphium idaeoides, Papilio agestor and P. slateri, both sexes are mimics. In others, such as Papilio jordani and P. phorbanta, only the female is a mimic and extreme sexual dimorphism is apparent. A further variation is seen in Eurytides euryleon, a dimorphic species in which each sex appears to mimic the same sex of the dimorphic model, Parides iphidamas phalias.

Mimicry is a form of protection against predators and is a widespread phenomenon amongst butterflies. In classical definitions, it consists either of a palatable mimic species gaining protection from predators by resembling a distasteful and unpalatable model (Batesian mimicry), or of a number of distasteful models joining a mimetic ring in which each gains protection from the other (Mullerian mimicry). Recent research has shown this to be an over-simplification and many new variations and interactions are now recognized.

In numerous species the females (and less often the males, Papilio paradoxa is an example) are polymorphic, i.e. they occur in a number of different forms. The African Mocker swallowtail, Papilio dardanus, is yellow and tailed in the male but the female is extremely variable and may appear mainly white, yellow or orange, often tail-less. The females mimic a variety of distasteful model species.

Adapted, with permission, from Threatened Swallowtail Butterflies of the World: the IUCN Red Data Book by N.M. Collins & M.G. Morris. The full volume, with references, is available from the IUCN Library System.

For a useful overview of the Papilionidae see here.