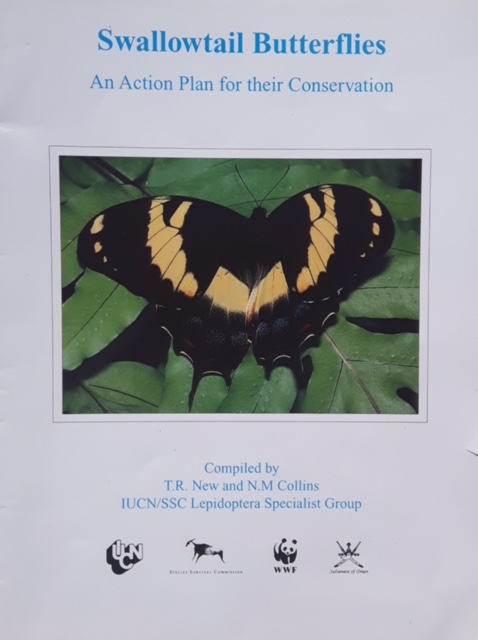 In 1991 the IUCN Lepidoptera Specialist Group (now known as the IUCN SSC Butterfly Specialist Group) published “Swallowtail Butterflies: An Action Plan for their Conservation“. Compiled by T.R. New and N.M. Collins, the plan outlined 34 country-based projects for consideration and implementation. The full document may be downloaded from the IUCN Library System.

The Action Plan has not been reassessed, nor was its progress evaluated or monitored in the intervening years. The Swallowtail and Birdwing Butterfly Trust would like to learn of any progress on the actions outlined in the document, whether as a direct result of the proposals, or for any other reasons.

Following the recent publication of an important review of the status of Queen Alexandra’s Birdwing, the Trust is actively pursuing proposal 21 in the Action Plan, the conservation of this species in Papua New Guinea. This was a Priority 1 project in the Action Plan and, indeed, Queen Alexandra’s Birdwing remains prominent as the logo of the IUCN SSC Butterfly Specialist Group. The project is being executed in partnership with Yayasan Sime Darby, the Sime Darby Foundation, based in Kuala Lumpur, Malaysia.

The Trust has also given a small grant towards conservation of the Kinabalu Birdwing, one of three rare montane swallowtails of East Malaysia, described in the Action Plan’s Project 24.