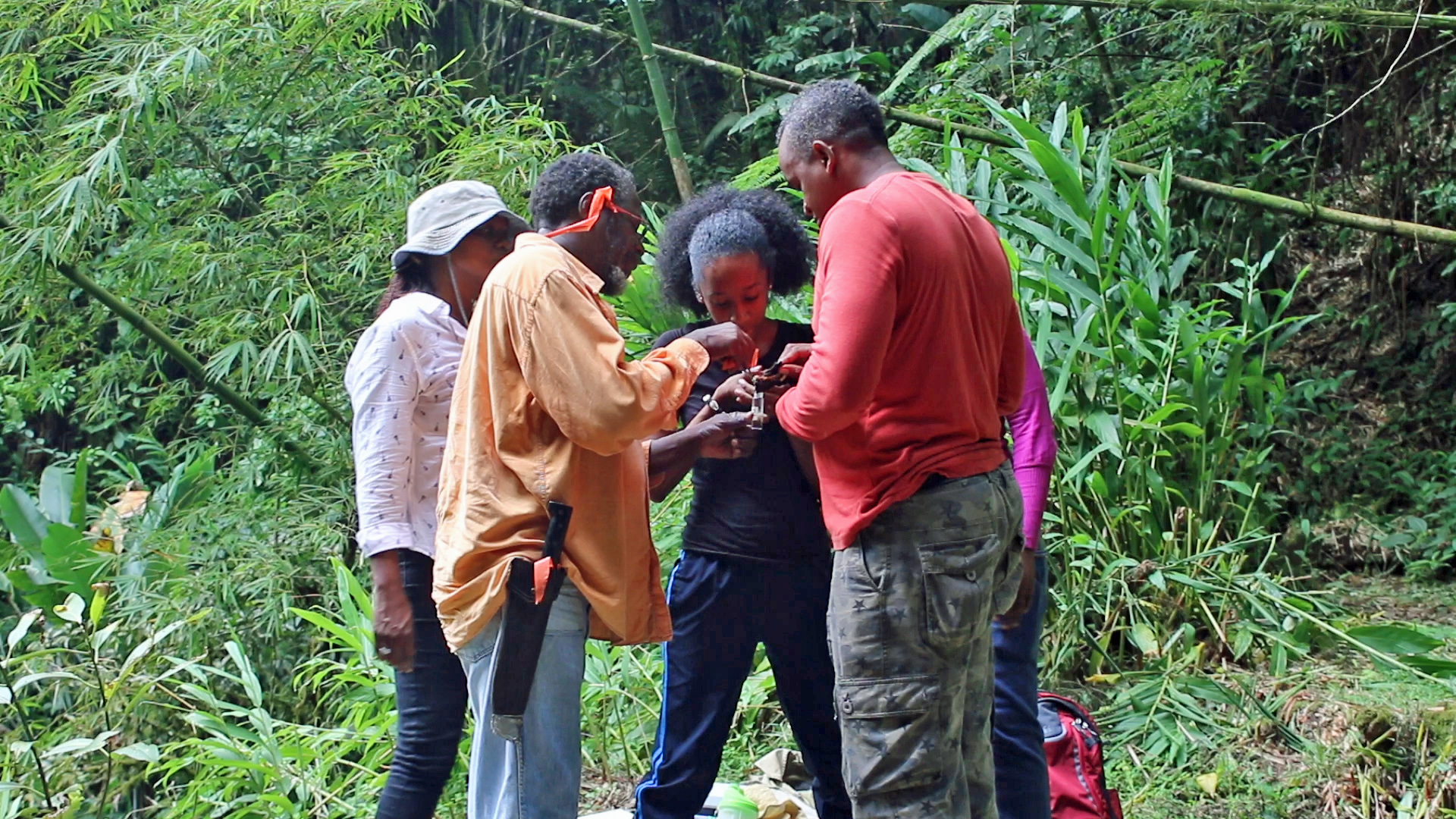 The Homerus Swallowtail, also known as the Homerus Swallowtail or Giant Jamaican Swallowtail, is the largest butterfly in the western hemisphere, and also one of the most endangered. Confined to two separate mountainous areas in Jamaica, Papilio homerus has been driven to its inaccessible hideouts by a combination of habitat loss from expanding agriculture and mining, and over-collecting. Protection in national law and on Appendix 1 of CITES has not been enough to secure the future of this magnificent butterfly.

Now, with the provision of a  grant raised by the Swallowtail and Birdwing Butterfly Trust, Dr Eric Garraway of the University of West Indies, together with a group of enthusiastic students and a volunteer cameraman, John Parnell, will spend their summer months carrying out some vital research. They have been licensed by the Jamaican government to collect living specimens from each of the two populations, take small samples from the hind wings for DNA analysis, and release them unharmed back to the wild.

Take a look at their work in the field by watching the video.

Why is DNA analysis needed? The two populations are geographically separated and, although they look similar, Dr Garraway and his team need to know for sure that they are the same species before developing further conservation plans. Captive breeding using specimens from both locations, for example, could be a disaster if the populations are in fact different, but much-needed if they are the same species in need of genetic flow.

The DNA analysis will be carried out at the McGuire Center for Lepidoptera and Biodiversity in the University of Florida, Gainesville, USA, under the watchful eye of Dr Jaret Daniels, who has studied the Homerus Swallowtail for many years. His mentor was the late Thomas Emmel who, very sadly, passed away recently.

This project would not have been possible without the support of Darren and Gareth Howat, who have made a generous donation in memory of their much-loved uncle, Dr Ian Howat. Ian was a keen amateur lepidopterist. He spent many happy hours building a collection of butterflies and studying the Homerus swallowtail in Jamaica, where he spent a year practising at the University College Hospital of the West Indies, Kingston. Sadly, Ian died prematurely in an air accident in 1968 at the tender age of 33 years, while serving in the Flying Doctor Service in Lesotho, southern Africa.