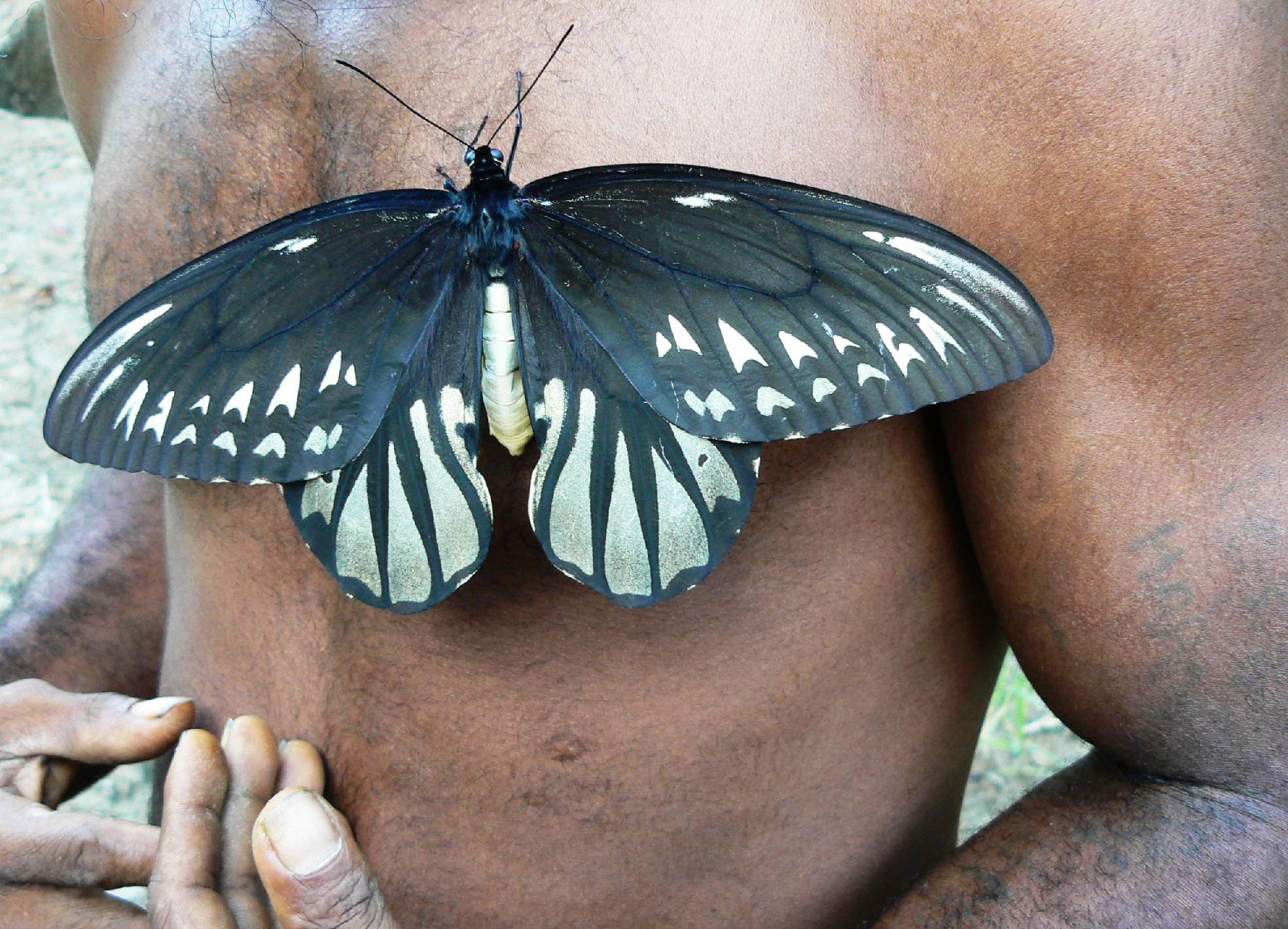 In 2017 the Swallowtail and Birdwing Butterfly Trust (SBBT) voluntarily helped sustainable palm oil producer New Britain Palm Oil Ltd and the Sime Darby Foundation, with the blessing of the Provincial Government, to develop a project that draws on authoritative research data in two books authored by SBBT trustees,  “Queen Alexandra’s Birdwing: a Review and Conservation Proposals” (see Publications) and “Threatened Swallowtail Butterflies of the World: the IUCN Red Data Book”. An announcement about the project was made and there was widespread coverage in the press, including Down to Earth; PNG Today; The Ecologist; The Independent; Eastern Daily Press; BBC News Online; Daily Express; Daily Express. and Star2.com.

The three-year project, now financed by the Sime Darby Foundation of Malaysia, is operated solely by New Britain Palm Oil Ltd (NBPOL), which is a subsidiary of Sime Darby and has plantations at Higaturu in the Popondetta region. NBPOL has its own charitable Foundation and is a member of the Roundtable on Sustainable Palm Oil (RSPO), which requires its members to act as responsible stewards of threatened species on their properties. In reports on the Higaturu palm oil estates published by RSPO in 2016, RSPO released information on some high conservation value sites on the NBPOL estates that might be suitable for protection and used for the butterfly’s safety and reintroduction, but those reports have now been taken offline by RSPO. An earlier 2013 assessment report by the BIS Group lacks sufficient detail to be of interest.

NBPOL is now in the process of building and equipping a new laboratory, flight cages and foodplant nurseries within its secure residential and operations compound to try to breed Queen Alexandra’s birdwing, with a view to releasing it into areas that it once inhabited and that can be enriched with additional foodplants. The basic technologies for this have long been practised in PNG as demonstrated in this film. Companies such as NBPOL have for many years been able to obtain land for oil palm production but within their monoculture estates there does remain a residual complex of riverine and topographically dissected habitats that are difficult to access but have potential for conservation of butterfly communities.

The project is now in the process of building its advisory and management infrastructure with local and national government, local NGOs and community organisations. This short film introduces the issue. NBPOL has said it “… would like to place on record its appreciation for the assistance and general support which SBBT has provided to date with input on the planning of the project and assistance with publicity.   Careful thought has been given to the original proposals for STAC (Scientific and Technical Advisory Committee) and SBBT’s future role.   NBPOL feels that it is not necessary at this stage to call a STAC meeting, as arrangements with the PNG authorities and NGO representatives are proceeding satisfactorily, as is the project itself. However, NBPOL greatly values the expertise provided in an advisory capacity by SBBT as well as their contributions over publicity. NBPOL looks forward to drawing further on SBBT’s advice and expertise as and when this is required.” There remain some fundamental questions that need to be addressed as the breeding programme gets into full swing. For example, it is not known how much genetic variation there is between the four subpopulations. If they are fairly distinct they may have different ecological requirements, even in terms of their specific food plants, which is clearly vital information for breeding success. Also, before any releases can be contemplated, past surveys of existing populations need to be consolidated and possibly repeated so that a conservation baseline against which future success can be measured will be established.

Additional information on Queen Alexandra’s birdwing is available from the conservation section of the SBBT website here, from Wikipedia, and from SPECIES+. An excellent BBC 4 Radio Programme by Mark Stratton gives an atmospheric sense of the butterfly in its natural habitat on the Managalas Plateau and may be enjoyed here. Worryingly, at an international level, evidence of continuing unsustainable deadstock trading practices in this species, however unbelievable, continues to be available through social media, as in the example below.

For further information see this useful article published in Der Spiegel and an announcement in 2017 of the newly listed 3,600 sq km Managalas Conservation Area, in the heartland of the butterfly’s habitat. The designation of this area, which has taken more than three decades to achieve, was supported by the Government of Norway and Rainforest Foundation Norway.