You are here: Home / What Are Swallowtails & Birdwings? / British Swallowtail 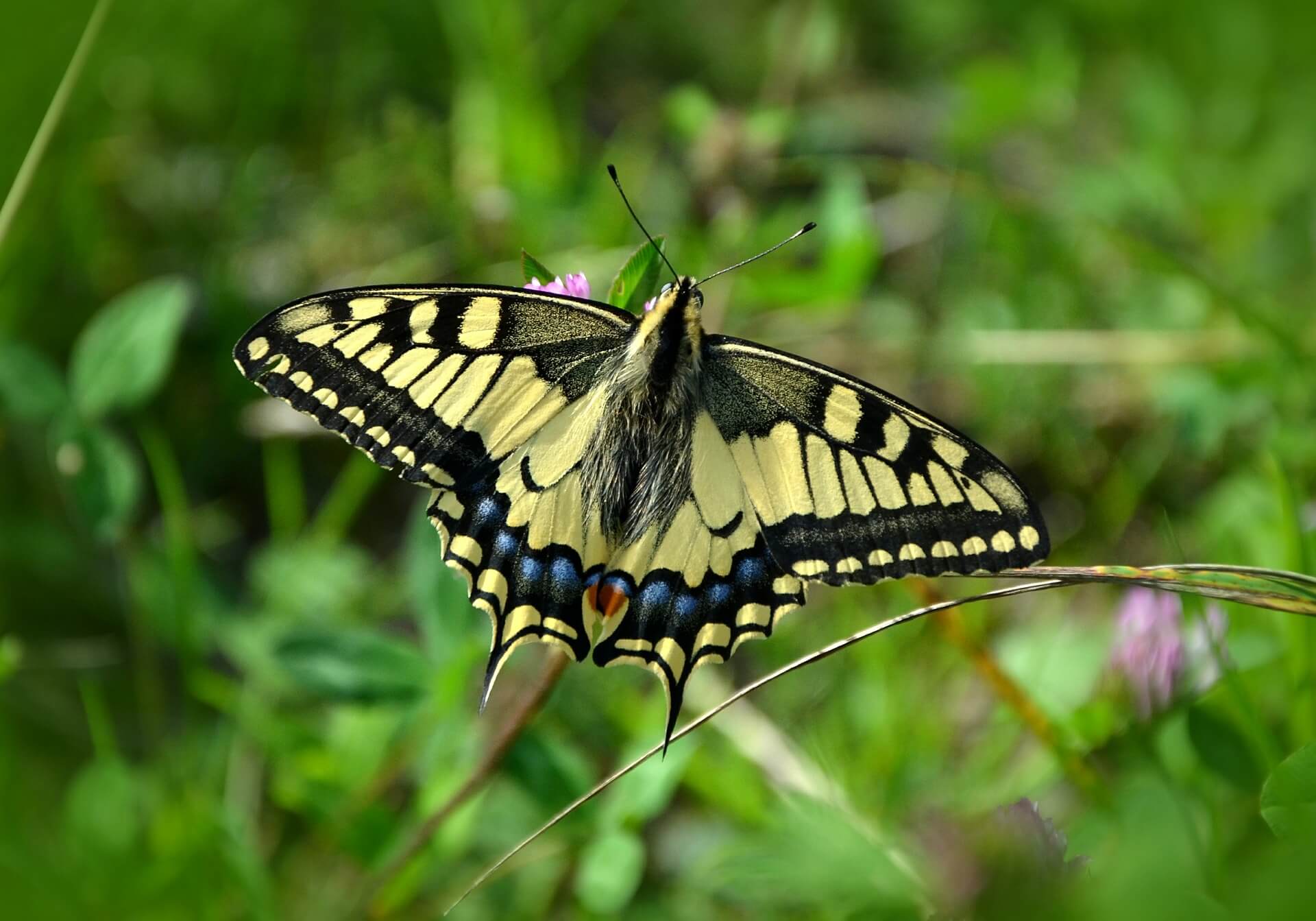 As a subspecies of the common and widespread Papilio machaon, the British Swallowtail is not classified as under threat in The IUCN Red List. However, in the UK the subspecies P.m. britannicus is an endangered butterfly.

The British Swallowtail, Papilio machaon britannicus, is a rare subspecies now confined to the Norfolk Broads, an extensive area of wetlands in East Anglia. This is the UK’s largest and most spectacular butterfly, with a wingspan of 9cm.

Found mainly in nature reserves that have benefited from reed-cutting and scrub clearance, the species was once more widely distributed in the fens of Norfolk, Suffolk and Cambridgeshire. Repeated attempts to reintroduce the British Swallowtail to Wicken Fen have failed. An unpublished ten year Action Plan was completed in 1995 by L.K. Barnett and M.S. Warren and published by Butterfly Conservation.

Reports in 2010 suggested that programmes of habitat management by the partners involved in the action plan resulted in increased numbers of the butterfly. Conservation programmes continue in Norfolk, mainly through the work of the Norfolk Wildlife Trust and the RSPB.

Although the butterfly appears to be secure in nature reserves in the short to medium term, these fenlands are potentially at risk from sea-level rise and salinisation which would destroy the foodplant Milk Parsley, Peucedanum palustre. The Trust is keen to explore ways in which the butterfly could be introduced to new, more secure sites across East Anglia and held a workshop at Wheatfen Reserve on 27 June 2018 to discuss the matter. See the report here.

Specimens of both foodplant and caterpillars are known to be stolen from reserves, most recently in July 2017.

To read the agenda for our meeting at Wheatfen on the Conservation of the British Swallowtail click here, and for the full report click here. The meeting was well reported in the Guardian here.